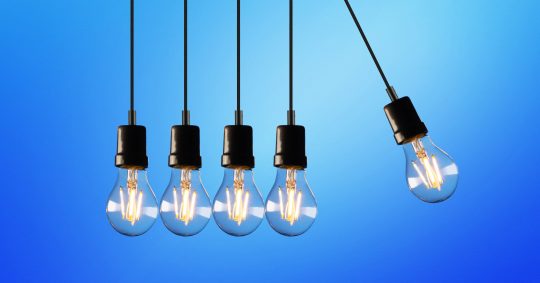 Is it possible for Australia to generate renewable energy from the heated rocks and hot granites that lay low the earth? Will there be enough energy conserved from the exploratory geothermal wells to sustain every Australian’s lifestyle?

The Centre for International Economics, based on a conservative estimate, says that Australia has enough geothermal energy that could help sustain Australia’s electricity for the next 450 years. Parts of central Tasmania alone have been known to be generating up to 280MW of power according to KUTh. And it was also estimated that a per cent of the geothermal energy shallower than 5 km and hotter than a grade of 150°C may already be enough to sustain Australia’s energy requirement for 26,000 years (based on the 2004-05 figures.

While this may serve true, the geothermal industry in Australia is showing promising potential.

Geothermal energy is heat energy contained from the earth’s core. Meaning, it is heated from deep within. There were locations near the country’s centre that are popular of containing hot granites at a depth which hold promising potential for the geothermal industry’s development for the country. And because of a probable contribution to Australia’s energy infrastructure, reducing reliance on an expensive source, they have put exploratory geothermal wells into place to further explore. They were drilled into potential areas resulting in future projects and more exploration to seek more and new locations. However, this is continuously challenged by geologic factors. Its possibility relies on the use of a variety of geoscience data in looking for areas of higher potential.

Investors started to support this as this innovation showed significant progress. It may have generated a large-scale power that could contribute greatly to the economy but once developed, it may just secure Australia of a future energy source. That being said, geothermal power in Australia may be little, but it’s growing fast.

What are its uses for Australia?

While it’s still a continuous industry in the making, Australia uses it for agriculture, other forms of industrial work and for cooling and heating residential buildings.

However, the digging explorations are limited to a drilling capacity of 5 km down since it will require too much energy to go deeper. From here, electricity can be generated using temperatures as low as 100°C but anything that goes beyond this may require larger-scale production.

What are the programs dedicated to the movement?

Certain programs that Australia forms involving geoscience support this cause.

Most of Australia’s geothermal energy has to be extracted by pumping water from the surface through rocks situated 5-km-below. This is for the water to absorb heat and then circulate it back. And this is how an Enhanced or Engineered Geothermal System was born. While it is hardly generated compared to New Zealand and Iceland where there are a lot of volcanoes to aid the processes, there are other challenges. With economical and technical challenges, where one affects the other seem to be the leading above all due to technology being an expensive investment, yet the most needed. This bleeds into financial challenges affecting operations. Lastly, geographical challenges and policy challenges while depending greatly on the operations may also be expected of sporadic appearances.

Although these challenges seem to be in the way, the industry of geothermal energy has much to offer for Australia.

Change from Etihad to Marvel stadium in Melbourne 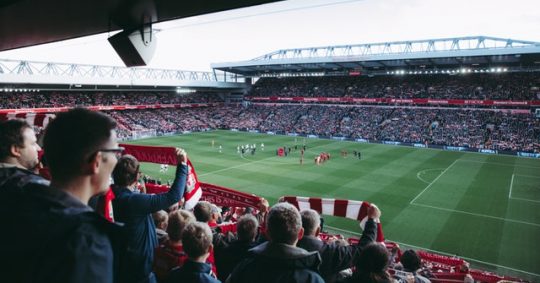 Transiting from a type of business venture to one that offers maximum opportunities might not be easy, the Etihad Stadium achieved it. The rebranding process came with extra responsibilities that paid off handsomely. This story of the new Marvel Stadium will inspire you.

As a great brand, Aussie’s multi-purpose sports arena became prominent with its 27,000-seat capacity. Etihad is an Abu Dhabi-based airline that signed an eight-year deal with one of Australia’s biggest sports and events stadium. In this article, you will understand how this strategic alliance became a success.

The Process of Rebranding

Marvel is a big brand that invested in sports facilities. In Melbourne, this super brand runs retail stores and chains of entertainment facilities. Sports fixtures for cricket, football, and soccer are a season-long event. Formerly (between 2000 and 2002), it was called the Colonial Stadium. Then, it changed to the Telstra Dome in 2002 and maintained its name until 2009.

The deal between Disney and Etihad brought a new experience of entertainment in Australia. Disney has been a big brand since the 19th century. The corporation has produced blockbuster movies like Captain America and The Avengers. Since the transition, audiences have been thrilled by amazing events at this stadium. Also, their experience has reached another level of satisfaction.

An Opportunity for Wealth Creation

When Walt Disney Company Australia announced the deal in September 2018, it was welcomed with fanfare. Sports enthusiasts that have foresight saw potentials for employment and income generation.

Many e-commerce marketing companies signed up with the entertainment giant to make money. Since that time, there have been more jobs for people and quality service for visitors. The increase in client engagement has been seamless because of improved facilities.

With a multi-purpose stadium for social activities, the Marvel stadium has diversified from sports business. There have been big musical concerts and UFC boxing competitions in this stadium. The recent UFC between New Zealand and Australia’s best fighters was in October 2019. On that day, there was a big football game in the stadium and many fans also saw the fight.

As one of Australia’s most recognized brands, Marvel is a big name in the entertainment industry. According to Kylie Watson-Wheeler who’s Walt Disney’s (Australia) director, Marvel has sponsorship rights to organize many activities in its stadium.

This deal allows the brand to organize AFL games in its facilities. There are about 45 matches in the AFL league that receives an audience from different backgrounds. The Victorian government didn’t fail to take advantage of this mouth-watering deal. Instead, they invested about $225m into the new Marvel stadium. Don’t visit Australia without seeing this magnificent stadium in the suburbs (Docklands) of Melbourne.

A Unique Architecture for Sports Development

What thrills me more about the Marvel stadium is its architecture. A portion (Southern Hemisphere) of this stadium has retractable roof structures. Its 55,000-seat arrangement with an adjustable roof that makes the Marvel stadium unique. Since 2000, the stadium has been the headquarters of the AFL. It has also hosted big league games and clubs like Carlton, Essendon, and Western Bulldogs.

The rebranding idea of this Marvel Stadium (formerly Etihad Stadium) shows careful planning. While it’s an idea that has generated more revenue, you can underscore its impact on the development of grassroots-based sporting competitions.