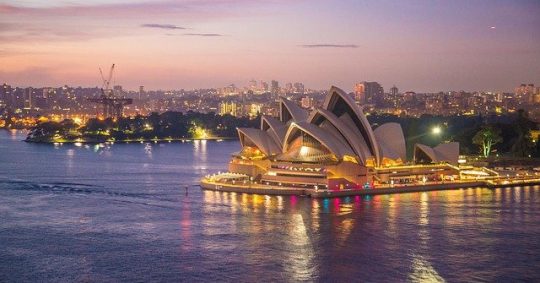 The Australian Bureau of Statistics (ABS) shows that Australia’s international enrollees rise each year, significantly adding up the worth of international studies to the country from $28.1 billion up to $32.4 billion. This was from 2016 up until 2018 alone. The majority of which is accounted for by enrollees’ pursuit for higher education in Australia specifically. This is all due to Australia’s reputation of giving out intensive English courses, well sought after vocational education and training, and dedication in producing efficient and versatile learners.

Some even believe that it’s a privilege to be selected by an Australian university as a promising career will surely await. And while parts of the world see the land down under to be a greener pasture in consideration of its quality education, it would be interesting to know why living there as a student is no walk in the park.

Here are the top 5 struggles international students face in Australia.

Australia’s mother language is English, but not everybody who goes for the international education program speaks it fluently. Looking at the highest percentage of international enrollees by nationality being Chinese students, it’s safe to say that the language barrier for international students is not uncommon, even having passed the required English exam in order for students to obtain their visa. While English may be Australia’s mother tongue, it is still different when compared to the usual flow amongst Americans and British as Aussies have their own twist on pronouncing things, making the lovely accent that we’ve all come to love. Learning involves all the 5 senses. When one has to spend time translating the teachings in their head consciously, their learning process is affected. Conversing with the use of a foreign language may already be a challenge, what more if you have to learn a lesson spoken in a foreign language? It definitely gets overwhelming. Moreover, most students coming to Australia are studying to be able to get a job here, and we all know international student internships are hard to come by already. Although studying in another country is quite a feat in itself, the added communication strains can make it quite difficult to make the fantastic impressions you want on your potential employers in the interview process.

Undeniably, people get rattled when they face something unfamiliar. As uncertainties build-up, people will generally shy away from as it happens. When this occurs, there’s a tendency for international students to feel isolated. This is a make-or-break situation in which this could be the gauge on how fun they would feel while matriculating in Australia. Being set in the third-level of Maslow’s Hierarchy of Needs, love, and belongingness help somebody reach their maximum potential. This is also where the “biggest why” of a person gets built. There’s also being homesick, having altered sleeping habits, and chronic stress. Not having somebody that an enrollee could get along with, coping mechanisms and provision of a safe environment for self-expression, are all detrimental to how well one could develop their empath with other people.

One thing distinct about studying overseas is the accessibility to your sponsor. Whether they’re your parents, an institution, or a scholarship, it gets to a point where funds will be delayed to get to you. Or that, somebody in the family may need it more, or a tragedy has happened, it more likely would not be provided on time. Taking the current lockdown situations across Australia, in Melbourne particularly, travel bans, and aftermath of COVID-19 into consideration, thousands of international students, had greatly suffered or may have had to adjust way over their means just to survive when the pandemic happened. Preparation may be the key, so make sure you have an emergency fund just in case. Overall, being an international student requires a lot of money. At least AUD 18,000, according to the Australian Immigration Department, is what an average international student would need to live and study in the country. You may think, well I’ll take on a paid internship in Australia, but as mentioned before, good internships are hard to find, much less paid internships.

This is not just experienced in Australia alone. In general, an international student is expected to conform to a different educational culture and environment than they’re used to. Every country has its own education system. Australia aims for autonomous learning, critical thinking, problem-solving and effective and efficient communication. Assignments vary considering the dynamism of groups and enhancement of independent creativity and rationalization with solo ones equally. But overall, each individual will be pushed to their limits to develop their utmost potential. This may be a problem for some who are not used to such an arrangement.

As unique as we all are, there are integrity, compassion, and norms in which the majority conforms to or connects with. However, when an individual gets presented to extreme circumstances, their natural reactions may just beat that certain person’s best. Allergies, cognitive limitations, illnesses, depression, exhaustion, and even death could be elements that could change an international student’s journey discreetly or significantly. The above mentioned are just a few examples of what may occur, what one person could develop, or what may have needed a lot of unexpected emotional and physical work. There are a lot of factors that could trigger these in the form of change in environment, unexpected events, and emotional connections.

Australia’s qualitative education is at its prime and does not seem to be stopping. Hence, the reason for a consistent increase in the number of international students from all over the world. But this doesn’t guarantee zero problems nor zero challenges. Studying in Australia as an international student could unleash one’s resilience and unbeatable drive. Keeping in mind these 5 struggles you may face, remember that awareness is the key to navigating international life in Australia. Being aware of your new surroundings, people’s different backgrounds and your limitations will push you for the career and personal success you’ve been yearning for.