THE PRESSURES OF BEING A NURSE 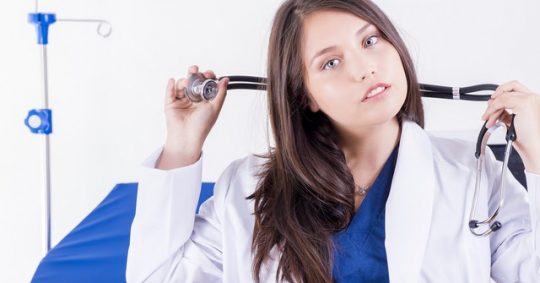 In 2030, there is an estimated need for nurses opening up 795,000 full-time jobs in the U.S. alone. Globally, an expected downfall of 18 million nurses had come to international health professionals’ attention. And this is now felt like an impending dilemma for the world’s health care system.

Unfortunately, this 18 million is not just composed of the retiring age. Numerous reasons like expanding nursing roles in leadership, shortage of nursing educators, and rapidly increasing the need for healthcare, most notably by the aged, are contributors. But what’s alarming is the rising pressures that push nurses to retire.

Of all these reasons that led to an estimated shortage, it seems that the most manageable of all in which resolutions could be done would be to analyse why the nurses opt to retire than to retain their jobs despite competitive compensation. Here are some of the pressures that nurses are faced with:

Due to the current situation of lack in nursing services brought by the retiring Baby Boomers, global increasing demand and demand for nursing educators, shift from being hospital practitioners to different nursing roles happen. This leaves the bedside care compromised from an ideal ratio of 2 nurses to 1 patient in the intensive care unit. And one nurse is to 4 patients in the ward; there are reported situations where these doubles because they are understaffed, leaving the nurses in a struggle.

Everybody is entitled to medical service, most notably when you pay a lot of money in availing it. Benevolence should never come in short, but with understaffed hospitals and aged care facilities, it tends to get paved to that direction.

If all eight patients need to drink medicine at noontime, more or less, there are three who would be drinking between 12:08-12:15. Still, it’s not noon on the dot as per order. And this is not the most straightforward task on the sheet. There’s one that needs changing of dressing, cleansing of a tracheal tube, draining of output, the list can go on and on.

As you see both perspectives, the demand and supply for nursing care services are imbalanced. And this leads the staff into becoming overworked yet underpaid. While the nurses do their best in doing everything as ordered by their superiors, they also deal with angry patients or relatives when little things happen. An example may be a nurse may not be changing the hospital mattress for a patient often.

Negative feedback never favours anybody. So, if patients and their families would be contributing to it, who would make out of a good sense with this kind of a job? Nobody. So, they quit.

Although this happens in every working environment, there is, it’s by far one of the most expressed concern being one of the pressures a nurse experiences.

This actually may still be socially acceptable if you feel like you need a change in the field. Like you maybe wanting a promotion of sorts or you feel motivated in moving up the hierarchy ladder. That should be ok provided your credentials are complete in attaining it. But the case is, some take advantage of the high demand that even if they lack training, practice and exposure, they still insist on making their way into achieving a more top position.

The thing is, it happens at the expense of those who had been serving honestly for a long time. It’s made possible because of the fast shifts in positions, high demand for nurses and understaffing.

In short, there are so many underqualified that has the same compensation with long-term serving nurses, or they demand so much for an increase that it sucks the hospital of its resources to keep several nurse staff.

It’s about lack of resources collectively. This chain reaction is genuinely affecting the medical industry, specifically in the nursing sector.

First-hand bedside care where orders are carried out suffers from this. The hospital may prioritise paying their staff than fund research projects could be hindered of the ability to grow as a learning institution. This stops it from gaining opportunities to expand, and in terms of providing exceptional care, that chance goes away.

Reasons for Getting Crane License Suspended

Being a crane operator requires skills like no other. They are trained for having decent working abilities, meticulous objective decision making and impeccable gauge for environmental weather. While they are compensated accordingly, their license should be authentic, up to date and in no way, revoked, tampered or a hoax. All licenses come with corresponding responsibilities; if these responsibilities are not met, automatically, it’s the operational license that gets compromised. Let’s understand why a crane license gets suspended as it emphasises each responsibility

Licenses for crane operators depend on the machine they know about running. There are tower cranes, slab cranes, bridge crane and many more. There are also licenses if you can operate in the sea, on a ship or land. If a crane operator allows faulty machines to be used, it risks its license considering accidents that it may incur. Cranes tend to overturn so; it needs serious gauging of balance between its counterweights and loads. When the crane is faulty, it would be tough to take control of it overall. This compromises the overall operation.

OPERATING WITHOUT THE LOAD CHART

Crane operators need to have a concise load chart to compare counterweights, environmental conditions and amount of load corresponding each parameter. While the crane is very helpful in bringing heavy materials up to a rising building as it gets developed, it still needs precise measurements to operate efficiently. It is easy to overturn so anything beyond what it’s supposed to carry may alter results of its original purpose.

OPERATING WITHOUT A DRIVER’S LICENSE

Even if you have the crane operator’s official license, the crane is still considered a moving vehicle registered under a specific territory or state. This may require approval to be driven on public roads and highways.

FALSIFICATION OF INFORMATION IN LICENSES & OTHER NECESSARY DOCUMENTS

This is an automatic suspension of any privilege that comes with a crane operator’s license. There may be considerations although they will require documents. These include changes in wind speed, alterations in locations of where the load is supposed to be delivered and lastly, documentation for any changes that affect pre-planned operations for construction. If a load is too unsafe to be lifted, you may need to get written authorisation from a higher competent person.

Crane operators work without direct visual from where the crane lifts a load to where it should be unloaded. Most of the time, they have to rely on rear mirrors, video cameras surrounding the crane and other people to be directed of which way to go. As they move loads from Point A to Point B, they need to watch it like a hawk and never lets go of its visual until somebody they collaborate with takes the next visual. So, if the eyesight of the crane operator alone is already a question mark, this is putting everything and everybody in an unsafe situation.

Some companies have their operational guidelines that should be followed on top of the policies imposed by certain territories. If there’s a limitation in understanding and abiding by these rules, the state together with the management, would not hesitate to revoke an operators’ license. Simple neglect of not checking a crane’s operational license may already cost you your consent to operate a crane.

Let’s also take the policy of checking cranes if they are parked correctly or if the equipment is placed within a safe area after a day’s duty. If a crane suddenly falls from where it was parked because of faulty mechanical performance or neglect from doing a final inspection and hits pedestrians or damages property, then this is another reason for a crane operator’s license to suffer.

These are just simple rules that may impose a lifetime threat to your career as a crane operator. There are more profound situations that may arise, but these basic ones could cost you the same outcome of losing the license you dearly hold.